When you are a part of a team, the word ‘Leadership’ gets thrown around a lot. It signifies the act of taking charge and guiding the team in the best direction. Along with this, we also always hear about the qualities of a good leader.

And the list goes on. But one particular quality of a leader that is rarely mentioned is their ability to embrace failure.

When leading a team, you will inevitably make mistakes and at times fail. What some individuals do is fear failure and try to avoid it as much as they can. This leads to developing goals that are based on avoiding failure as opposed to approaching success. Avoidance or Approach Goals are distinguished by the motivation behind that goal. For example, an avoidance goal might be “to prevent conflict within my team, I need to plan team building activities” whereas an approach goal might be “to build team cohesion, I want to plan team building activities for my team”.

The other difference between having an approach or an avoidant goal is the outcome. Previous research has found that individuals who plan a goal with an avoidant approach can lead to greater stress and have less chance in making progress in their goals. For leaders who plan approach goals, they are more likely to have higher job satisfaction while also being less likely to procrastinate on the goals they have set for themselves.

So how does having an approach or avoidant goal relate to embracing failure?

Well, leaders who are motivated by approach goals are more likely to celebrate failure. Instead of trying to avoid making mistakes, they instead see failure as an opportunity to learn and grow. This, in turn, leads them to achieve greater success. Just have a look at some of the quotes successful leaders have made on failure:

“Failure is not fatal, but failure to change might be” – John Wooden

“Success is not final, failure is not fatal: it is the courage to continue that counts” – Winston Churchill

So how can I use failure to my advantage?

Well here are 5 tips that are of use when you have been faced with failure: 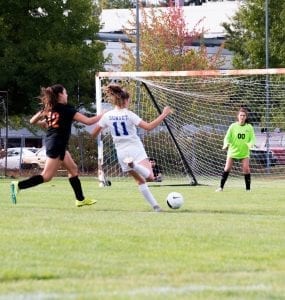 As mentioned earlier, setting approach goals can help you strive for what it is you want to achieve rather than what you want to avoid. This helps you embrace failure by accepting the mistake and re-evaluate your progression towards your desired goal.

2. Steer into the skid

Rather than trying to avoid the problem and not acknowledge it, CONFRONT IT. Take this as an opportunity to dissect the problem and understand what happened for it to not go to plan.

3. See Failure as a Learning Opportunity

Instead of seeing failure as a lack of success, see it as a way for you to help strengthen your weaknesses by learning from it.

4. Understand that failure is not detrimental

The scariest thing about failure is its impact on your goal. However, it is valuable for a leader to know that if you are not making mistakes, then you are not giving yourself or your team the opportunity to learn and become stronger.

5. Use Failure to become a better role model

When you fail, the way that you act and respond to it is what will inspire others. It creates a strong image for not only yourself but for your team and organisation. By embracing failure and challenges, you are setting an example for how others should act in the face of failure and in the meantime, help build their resilience.

By using these 5 tips to positively embrace failure, it can help not only your team and organisation grow but also even yourself as a leader. Use failure as your advantage and make your ability to embrace failure your best leadership quality. Happy Failing 🙂

Our Psych Up! resources in April are focused around the Art of Leadership. We are also producing COVID-19 content to help people through this time of crisis. Make sure to stay tuned for our weekly blog post updates, as well as our podcasts and webinars.

For more information about performance psychology, support networks, maintaining routine,or anything else mentioned, get in touch with our team today. How Mentally Fit is Your Workplace?