The world of Hollywood and alike exposes to many different types of relationships and communication. This article will look at some of the most famous movie couples, and whether they were communicating effectively.

Open Communication – How to Lose a Guy in 10 Days 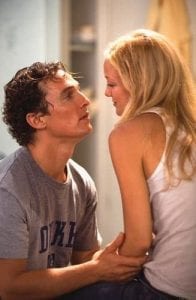 Open communication is when all individuals have space and opportunity to express their opinion during a conversation.

A classic rom-com that demonstrates this is “How to Lose a Guy in 10 Days”. The first honest and open communication that happens between the characters Andie and Ben was in THAT bathroom scene. In this scene, you see Andie start to fall for Ben despite the fact she was trying everything under the sun to get rid of him. Andie opens up how beautiful Ben’s family is and through this, their mutual connection deepens. This relationship is initially built on lies surrounding a magazine article and a bet. However, their open communication shows that by being honest and expressing feelings,  you can build trust and stronger relationships.

Closed Communication – 10 Things I Hate About You

Closed communication is a more one-sided communication. This is often used when something needs to be done or said immediately. A classic character who shows a closed communication style is Kat from the iconic movie “10 Things I Hate About You”. Throughout the movie, Kat continually shuts down conversations by being one-sided and being rude to those around her. She intimidates and does not get along with a lot of people. Within the workplace, this can create negative energy and an unhealthy work culture.

Similar to closed, there is also direct communication. This is more of a “say it how it is” type of communication style, rather than the one sided nature of closed communication. It is useful for those who need to transfer a message clearly and for tasks that need to be done in a specific way. “When Harry Met Sally” was one of the first movies to demonstrate this – the iconic scene of a rom-com where one person confesses their love when all seems too late.

In Harry Met Sally, this is when Harry finds Sally on New Year’s Eve and directly tells her how he feels and the things he loves about her. When Harry begins to be forward, it becomes clear to Sally how he feels about her which ends up saving their relationship. This is a clear benefit of direct communication – there is little room for misunderstanding between people due to clear voicing of opinions and feelings.

The opposite of direct communication is indirect communication. This is when one person is communicating with another person, however, their true opinion and intentions are hidden. They often believe that it is better to be polite rather than hurt another’s feelings by expressing how they feel. A character in a rom-com that heartbreakingly showed this was Alan Rickman’s character in “Love Actually”. As much as we would love to forget it, Harry had another love interest while still being married to Emma Thompson’s character, Karen.

Harry was not direct with Karen about how he was feeling in the marriage and instead, went behind her back. He tries to avoid conflict with Karen, and ends up having an affair with a colleague. Rather than discussing his problems honestly, Harry indirectly communicates his unhappiness. This sees the couple face a much bigger issue, that will leave a long-lasting effect on their marriage. What we can learn from this is that by not being direct with your opinions or feelings, it can create bigger problems to face which can ultimately damage relationships with others and your team. 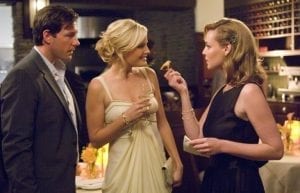 The opposite of an aggressive communication style is a passive one. Communicating passively involves saying things that they think people want to hear and avoid talking about how they feel. Passive communicators put their needs last and try to avoid conflict, even if it is hurting them. The Rom-Com 27 Dresses depicts this perfectly. Katherine Heigl’s character Jane is always the bridesmaid and never the bride. She is secretly in love with her boss George.

Jane is passive in the way that she never says no. She  goes above and beyond for George, even though he does not provide her with the same attention. Instead, he falls in love with Jane’s sister, leaving Jane upset. Jane still does not speak up about her true feelings and pretends to be happy for her sister and George. This is until it all boils over and Jane unleashes her feelings about the situation at their engagement and turning it into a mess. Jane taught us that by communicating passively and hiding how we truly feel, it can lead to miscommunication and closing yourself off from your team which can damage the culture. It is much better to be open and honest, and resolve issues rather than hoping things will get better.

These communication styles can all be useful at certain times, depending on the situation. As mentioned above, aggressive communication may be necessary in urgent situations. Passive can be useful if you disagreed with someone at work on their political views. As long as you understand these styles and when is appropriate to use them, then you can minimise miscommunications. And if you need to go back and watch some of the Rom-Coms mentioned to make sure you’re clear, who are we to judge?

Our Psych Up! resources in February focus on the art of communication. Make sure to stay tuned for our weekly blog post updates, as well as our podcasts and webinars.

For more information about performance psychology, communication styles, how to change them, expression yourself or anything else mentioned, get in touch with our team today. Send us an email, give us a call on (02) 9929 8515, check out our LinkedIn and Twitter or find more Psych Up! resources here.

We do not own any of the videos or images in the above article. All are linked to their respective owners, and displayed for entertainment purposes only. The Gift of Self-Care How to Wind Down

The Positives of Festivities